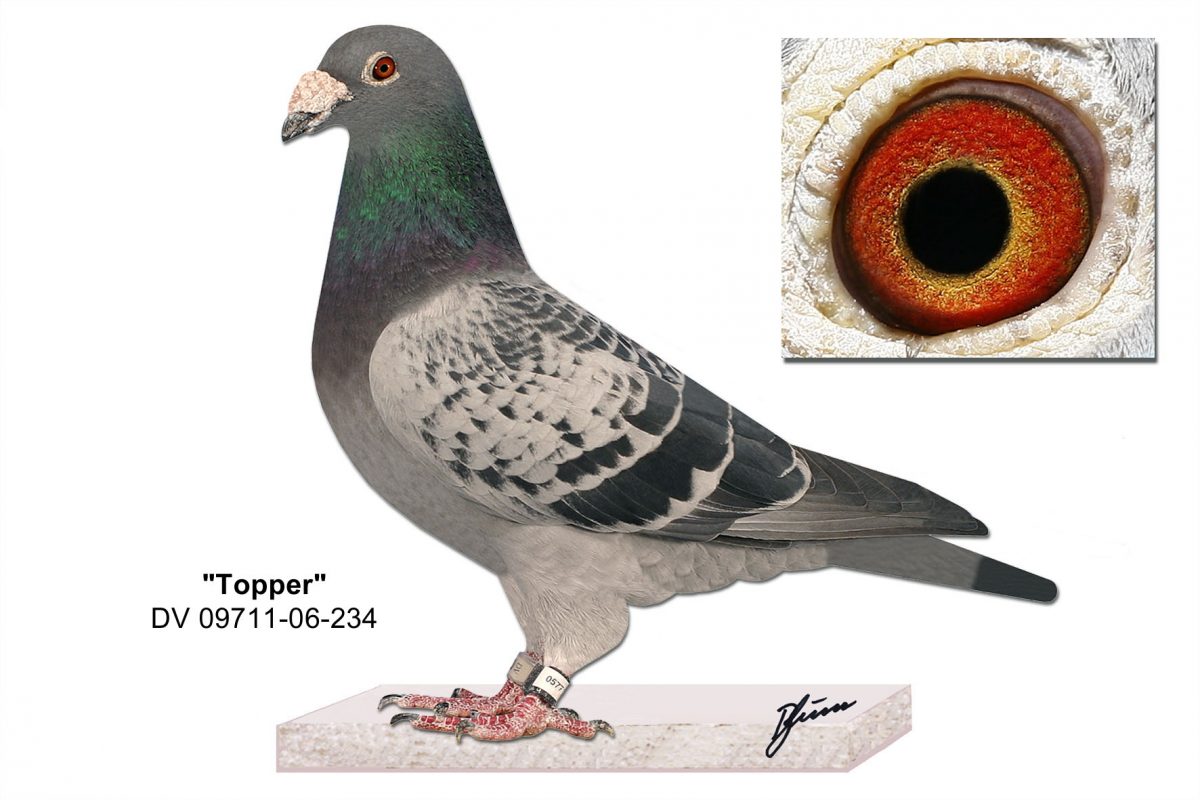 For many years, TOPPER was one of the best pigeons in the loft of Heinz Meier/Rahden. Altogether, he flew 47 times winning 42 prizes. At the same time, he also bred the 17th and 59th ACE on the national level.

He harbours the genes of the POOT PAIR, one of the best Schellens pairs, which was later adopted by Heinz Meier. One son of this pair, WARLORD, is father to OLR winners in America and record holder with highest awards. His grandmother is also the mother of the 13th ACE Pigeon BRD´07.

On the mother’s side, we find Dirk van Dijck’s KANNIBAAL as well as the Van Loon line of Koopman and Antoon van der Veen.