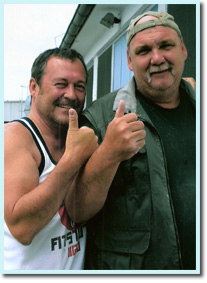 At first, I would like to direct great gratitude to Josef German. Without his knowledgeable and enthusiastic commitment, these successes would not have been possible in that way. The pigeons, Josef and I – we are one team. We are working together to achieve our objectives. When an objective was set, Joseph had just the right idea, just the right connection to make things possible.

He was talking about this particular gentleman and his tremendous successes as a fancier with great admiration, loving his pigeons beyond all measure: Günter Prange.

Who doesn’t know this master breeder? In Germany, Europe, even worldwide! Sport fan Günter Prange dominates all winning lists if he goes to race. At least, this is how it appears to an outside spectator.

In the beginning, it was the Delbars, like FAHLE Nr.9 (meaning the breeding cell of this pigeon). Is it the Delbars still today? Certainly yes! For almost 50 years. What a bloodline, what a competence to form such a line. Of course, there was some touching up involved. And this is well known. Basically, there was Janssen/Van Loon from Cornelis and Gerard Koopmann from the year 1994.

First places against a high number of pigeons, ACE Pigeons, current 1. BDS-Master Allround 2010 in Germany, and many lofts which have been set and created with his pigeons. These are trademarks of this fancier, whom I was lucky to get to know and learned to value. Günter Prange’s pigeons are of extraordinary quality: “modern” racing pigeons with outstanding sportsmanship. These pigeons have that certain something and offer many extras. I could hold the RINGLOSE in my own hands at Günter Prange’s… and what touches me most is that I was able to buy a son of him before he died… the EGOIST.

EGOIST, son of RINGLOSE, with his own daughter, the 568 (mother of 1001, 1002, 346 … and many more). A prime example of how Günter Prange couples his pigeons to center good characteristics. 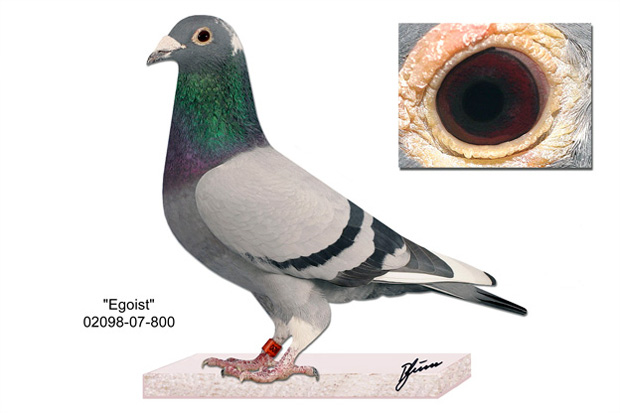 NASTY GIRL, a daughter of the 2nd ACE Pigeon `02 BRD, bred by RINGLOSE x sister BRANCO (like his brothers and sisters 36, 1027, 1277, 1000, a.s.o.). The mother of NASTY GIRL is also a daughter of BRANCO with sister NOBLE BLUE, bred by BEATRIXDOFFER x GOLDEN LADY, mother of world-class record pigeon and breeder KLEINE DIRK. 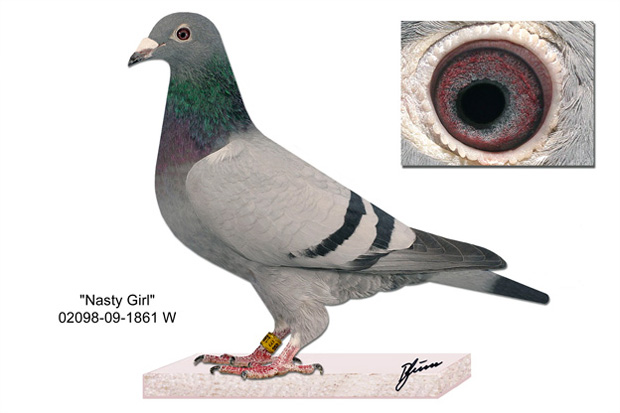 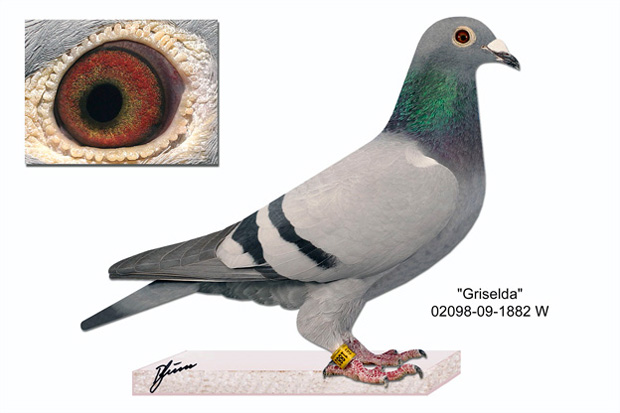 DUNJA, a tremendous daughter of 473, who is a full-brother to 330 with his 8 x 1st prizes and half-brother of RINGLOSE. The mother is an original Koopman pigeon out of an inbred product to GOLDEN LADY, and then again with the daughter of BRANCO with sister NOBLE BLUE, bred by BEATRIXDOFFER x GOLDEN LADY. 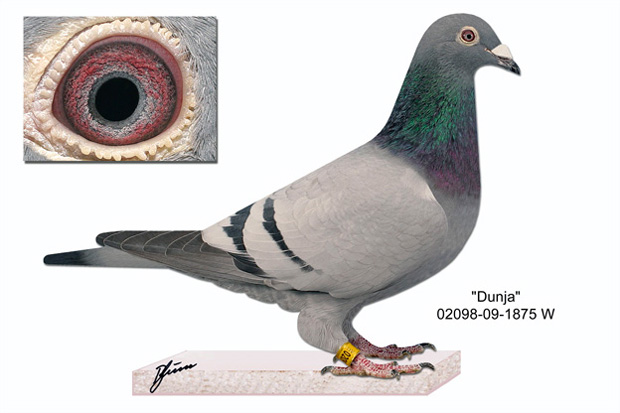 My dear sports fan, it was a great pleasure bringing this news to you. Next year it will be possible for you to choose among these pigeons.